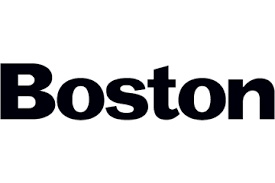 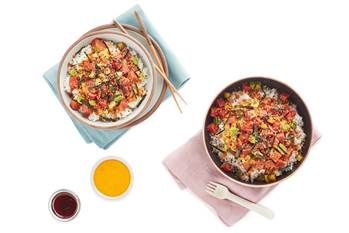 Though she’s busy rolling pastas and and serving up apertivo hour at the hot new restaurant, Fox & the Knife, chef Karen Akunowicz is also keeping her Asian-flavor stylings sharp: Next week, Akunowicz is opening up SloPoke, a fast-casual spot specializing in dressed-up raw fish and veggie bowls, inside the Beacon Hill Whole Foods Market. SloPoke is the latest “Friends of Whole Foods Market” concept, and is the first one to open at a Boston-proper store.

SloPoke will have a menu of signature bowls, like ahi tuna poke with radish, crispy wheat berries, and chili ponzu; and Sake Poke, with Faroe Island salmon, edamame, tobiko, sesame seeds, mango salsa, and yuzu vinaigrette; as well as vegan-friendly options like the Goddess Bowl, with local tofu, Brussels sprouts, fried quinoa, green apple, and green goddess dressing; and sweet potato poke with chickpea, sweet chili ginger vinaigrette, kale, and puffed rice. Guests will also be able to create their own bowls with a selection of fresh fruits, vegetables, different crunchy things, and house-made, gluten-free sauces. SloPoke will mostly make items to order, but it will have a cooler case stocked with snacks to go, like edamame and pre-made cucumber salad.

The dishes are healthy, but also satisfying, Akunowicz says. “There’s a lot of richness to” the sauces, “lots of spices, lots of herbs. We want you to feel good after you eat this food.”

The market menu is a way for Akunowicz to get back to experimenting with those bold flavors. For seven years prior to opening her first restaurant in Southie, she was executive chef at Myers + Chang; her ahi tuna poke recipe is still on the menu. During her time there, Akunowicz was nominated four times for Best Chef: Northeast by the James Beard Award committee, winning in 2018, and she is a 2016 Best of Boston chef. She co-authored the cookbook, Myers + Chang at Home.

Whole Foods approached Akunowicz last year about partnering up with its Friends program, which gives prominent chefs and culinary brands exposure inside its stores. Elsewhere in the northeast region, Clover has an outpost inside the Sudbury Whole Foods.

“We bounced back a couple different concepts I had in mind, and we felt like this made so much sense for our collaboration,” Akunowicz says about SloPoke. “I’m excited to be back cooking the food that so many people knew me for before I opened Fox & the Knife.” She doesn’t have plans to open her own fast-casual empire at this time, she says, but she’d love to open more locations of SloPoke at Boston-area Whole Foods stores.

The Charles River Plaza location is conveniently just a few Red Line stops away from Fox & the Knife, and Akunowicz is planning to split her time between her restaurant and the poke shop. She has signed on a former Myers + Chang coworker, Kasey Fielding, as SloPoke’s general manager. The chef worked with Whole Foods designers to build out a wooden bar, and design a logo for the grocery-store poke counter. SloPoke debuts Friday, May 10, and will be open daily from 9 a.m.-9 p.m. (The store is open regularly 7 a.m.-10 p.m.) 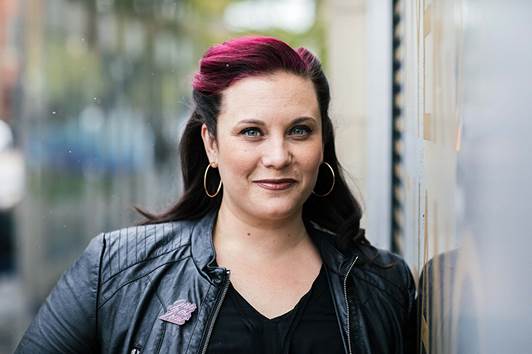