RollinGreens: Plant-Based in a Pinch: The Frozen Food Aisle Is Turning Vegan, Organic, and Nutritious 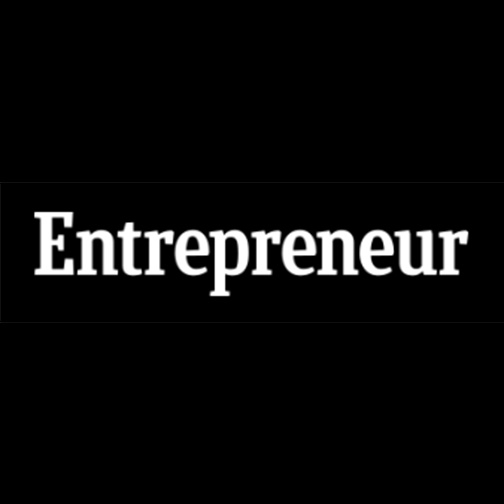 Cheap, nutritionally lacking foods aren’t the only options in the freezer section anymore.

Frozen food holds an interesting position in modern food history. Flash freezing has been hailed as a technological marvel that made nutritious vegetables accessible to urban and suburban Americans virtually anywhere, at any time of year. But TV dinners have also been pinned as a symbol of the domination of processed foods over the American diet — a move away from natural, wholesome foods from the earth and instead toward laboratory-made sugar and salt bombs that are shortening our lifespans.

Like with any complicated subject, the conclusion to be drawn isn’t as simple as “frozen food is good” or “frozen food is bad.” It’s true that flash-frozen fruits and vegetables were and continue to be a helpful innovation that allows people to get vitamin and nutrient-dense foods into their diets. It’s also true that some frozen food brands sell meals that are incredibly high in calories, sugar, and cholesterol, with very few necessary vitamins and minerals to balance it out.

But people today are busy, and with the continuing effects of the global health crisis on supply chains, access to fresh food is challenging in a way many of us have never experienced before. The frozen food market, globally, was valued at $291.3 billion in 2019, and was expected to continue growing even before the pandemic. Frozen, ready-to-eat meals make up a significant portion of that figure. The time-saving, long-lasting, satisfying and potentially nutritious properties of frozen foods are just too tempting to pass up right now.

Expect more from the frozen aisle

Fortunately, there are lots of producers branching out beyond trays of chicken nuggets and mashed potatoes, to offer more diverse flavors and healthier options in the frozen food aisle.

Amy’s Kitchen, the well-established vegetarian food brand, has been on this beat for some time. They have a hefty array of frozen, prepared foods, including veggie burger patties, pizzas, and microwaveable breakfast burritos. Lots of their products are vegan, as well as organic and non-GMO, making them great snacks or no-effort dinners for busy people looking for healthier options in a pinch. And some popular plant-based brands didn’t start off in the frozen food aisle but have since expanded there. Daiya, best known for their vegan cheese shreds and slices, now sells ready-to-cook pizzas and microwavable burritos.

Kashi, the health food brand you might know better for their cereals and granolas, also offers a line of frozen prepared meals —  all of which are vegan and non-GMO, and come in globally-inspired recipes like chimichurri quinoa bowls and mayan harvest bake.

Even brands that do sell meat and other animal products seem to be making a concentrated effort to keep up with consumers’ growing interest in plant-based eating by offering clearly labeled, vegan-friendly meals. Frontera, which sells a variety of Mexican-inspired snacks and meal starters, has a full line of frozen meals and skillet kits in traditional, meaty varieties, but also plant-based ones that center beans and veggies, like their three bean taco bowl that includes lively ingredients like plantains, chard, fire-roasted peppers, and kale. Similarly, Saffron Road is a brand that sells snacks, meals, and accouterments mostly inspired by Indian cuisine. Their frozen selection, like Frontera, includes meat-centric options as well as totally vegan ones, like their pre-made vegetable biryani.

Frozen prepared meals offer the convenience of TV dinners to consumers with special dietary needs and interests, like vegetarianism or veganism, and in many cases offer gluten-free, soy-free, or otherwise allergen-free options as well. But well-established, as well as up-and-coming plant-based food brands, also offer sides and dinner helpers, in addition to full, TV dinner-style meals.

Since, as research shows, much of the frozen food market is still dominated by meat, it only makes sense that plant-based companies in the freezer aisle would offer mains and sides to help complete a vegan dinner, too. When you have time to do a little cooking, but going from scratch just isn’t going to happen, plant-based and environmentally conscious consumers can throw on something like frozen cauliflower wings or spinach bites to have on the table quickly.

One such brand offering meal accouterments would be Strong Roots, offering delectable cauliflower hash browns. Their line of sides/snacks and burger patties are very veggie-centric and made from unique ingredient combinations, like their beetroot and bean burger or broccoli and purple carrot bites. With their simple, easily-pronounceable ingredient lists, they’re proving that not all frozen food is laden with heaps of salt, sugar, and mystery ingredients.

Similarly, RollinGreens offers slightly elevated, healthier alternatives to kid favorites like tater tots and wings. Instead of potato, their tots are made of millet, vegetables, and spices, making for a snack or side that boasts a simple ingredient list and low glycemic index. The simplicity factor goes for their cauliflower wings as well, which come in teriyaki, sweet mustard, and spicy green buffalo varieties.

Plant-based startups and old standbys alike are putting options onto the fast-growing frozen food market that are changing the character of the category. No longer is frozen food confined to its reputation as a convenient but overall unhealthy and unnatural product. Shelves are now stocked with meals, sides, and snacks that balance the health and environmental concerns of modern consumers with their busy schedules and need for quick, easy options. At a time when we’re all overworked and stressed, a quick and wholesome dinner might be exactly what we need.