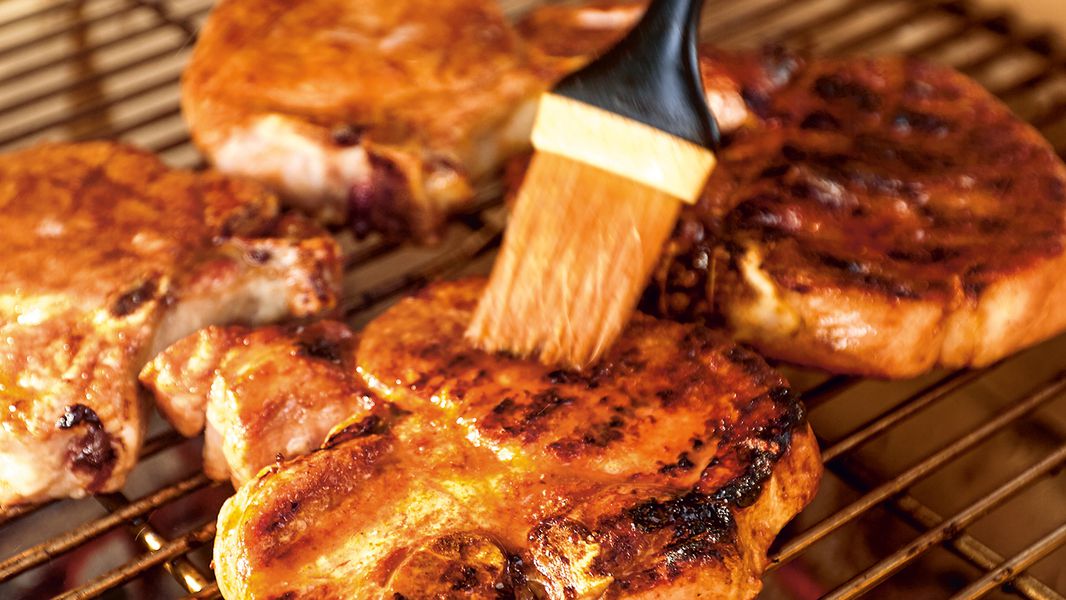 James Beard Award-winning pitmaster Rodney Scott started cooking whole hogs over hardwood coals when he was still in middle school. And he continued to work at his family’s Hemingway, South Carolina, restaurant for some 25 years, before opening the first Rodney Scott’s BBQ in Charleston in 2017.

His new cookbook, ”Rodney Scott’s World of BBQ” (Clarkson Potter, $29.99), features many of Scott’s favorite recipes. And it includes instructions for building a movable cinder block pit and a burn barrel, along with Scott’s 12-hour method for cooking a hog.

But more than that, it tells Scott’s story, in all its smoke and glory, and struggle. Scott writes candidly about clashing with his father, who valued hard work above all, and came to resent his son’s growing fame.

Another big part of the story is Scott’s partnership with Nick Pihakis of Jim ‘N Nick’s Bar-B-Q fame. The duo opened a second Rodney Scott’s BBQ in Birmingham, with a third set to open in Atlanta this summer, and more to come in Alabama.

“Nick has been more than a co-founder and a partner,” Scott said during a recent phone call. “He’s been a brother. He’s been an adviser. He cares about more than just the business relationship.” 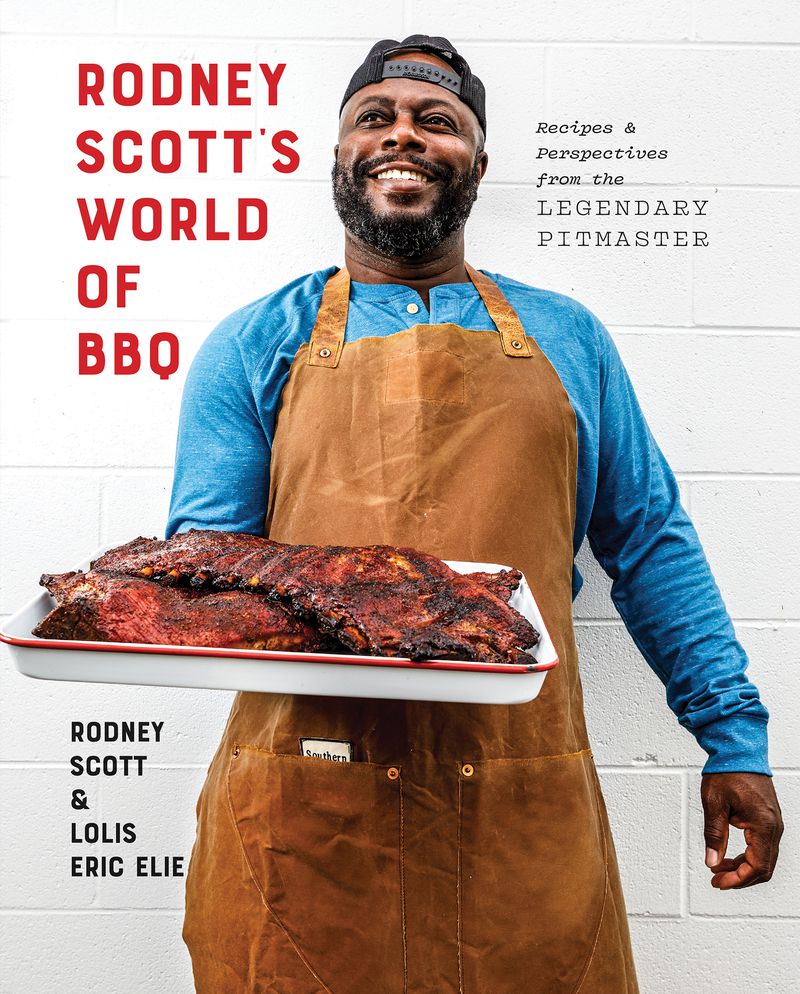 Scott explained that when he started writing the book, he wanted all the recipes and stories to relate to his history and experiences.

“We basically told how I started and grew up, all the way to where we are now,” Scott said. “I didn’t think I’d ever be traveling the world. I always thought it was going to be one of those dreams.”

Something he never dreamed of was winning the 2018 James Beard Award for Best Chef Southeast.

“The James Beard Award was definitely the pinnacle,” he said. “It wasabig boost. It was a humbling experience to the fact that if you continue to work hard, and stay focused, you can achieve anything that you want. Winning that Beard Award changed our lives completely.”

Explore Poll: Where can you find the best barbecue in Atlanta?

For those who can’t imagine building a pit or cooking a hog, there are plenty of grilling recipes in the book, as well as dishes for the stove, and snacks, salads and vegetables.

“I’ve got a great restaurant family, and we always talk about completely satisfying our guests,” Scott said. “One of the things that we discussed was having more than just barbecue. We want to offer the person who’s working on their fitness program a salad. For the person who doesn’t choose to eat chicken or pork or beef, there’s catfish. So we’re giving some options.”

Explore Recipes: Make these barbecue side dishes with a modern spin

Scott also shares some trade secrets in “World of BBQ,” including the recipes for his Rib Rub, and his signature South Carolina-style vinegar and pepper Rodney’s Sauce.

“We like to spread the love,” he said, “but we felt we were OK to just share a little bit of some of the things that you can do to make your backyard barbecue spectacular.” 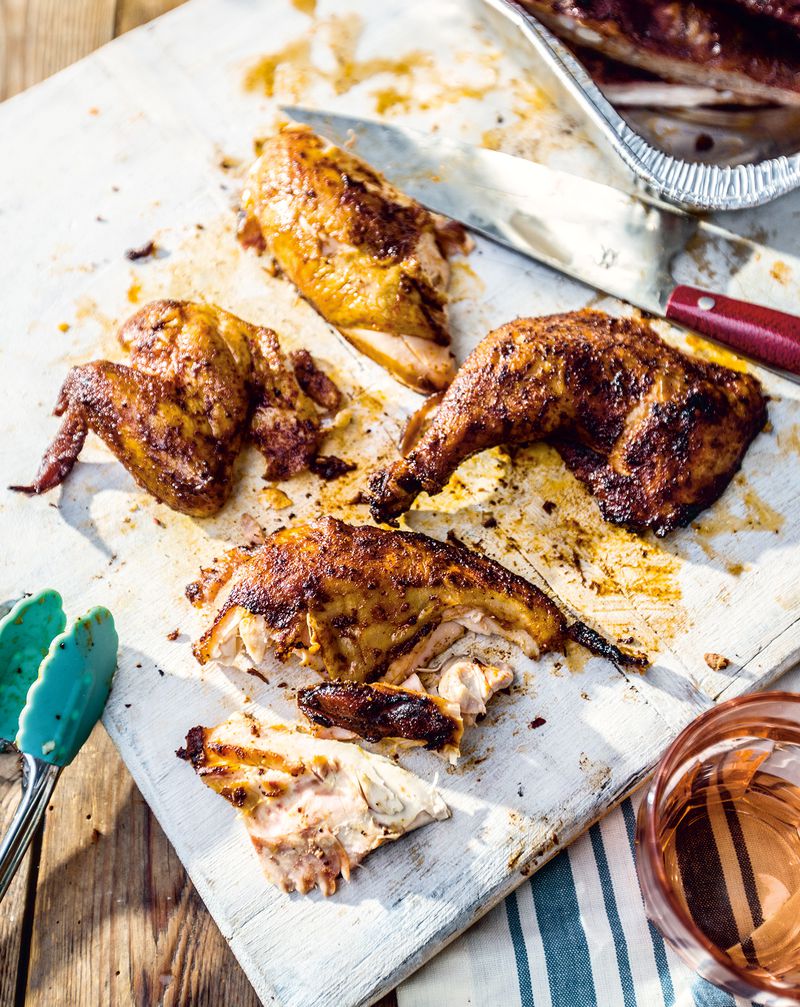 “My mother used to make what we called ‘barbecue chicken’ in the oven,” Rodney Scott recalls in his new “World of BBQ” cookbook. “It was basically baked chicken with commercial barbecue sauce. I don’t want to knock it. I enjoyed that baked chicken, but I wouldn’t call it barbecue. It wasn’t until later, when we added chicken to the menu at the family restaurant that I got into true smoked chicken. The oven and the pit are very different, obviously. When you taste this chicken, you’ll have a hard time going back to your oven.”

Note: Spatchcock chickens are often available at stores like Whole Foods, but many butchers will do it for you. And there are plenty of videos online, if you want to try your hand at removing the chickens’ backbones, so they lie flat on the grill, and cook more evenly. 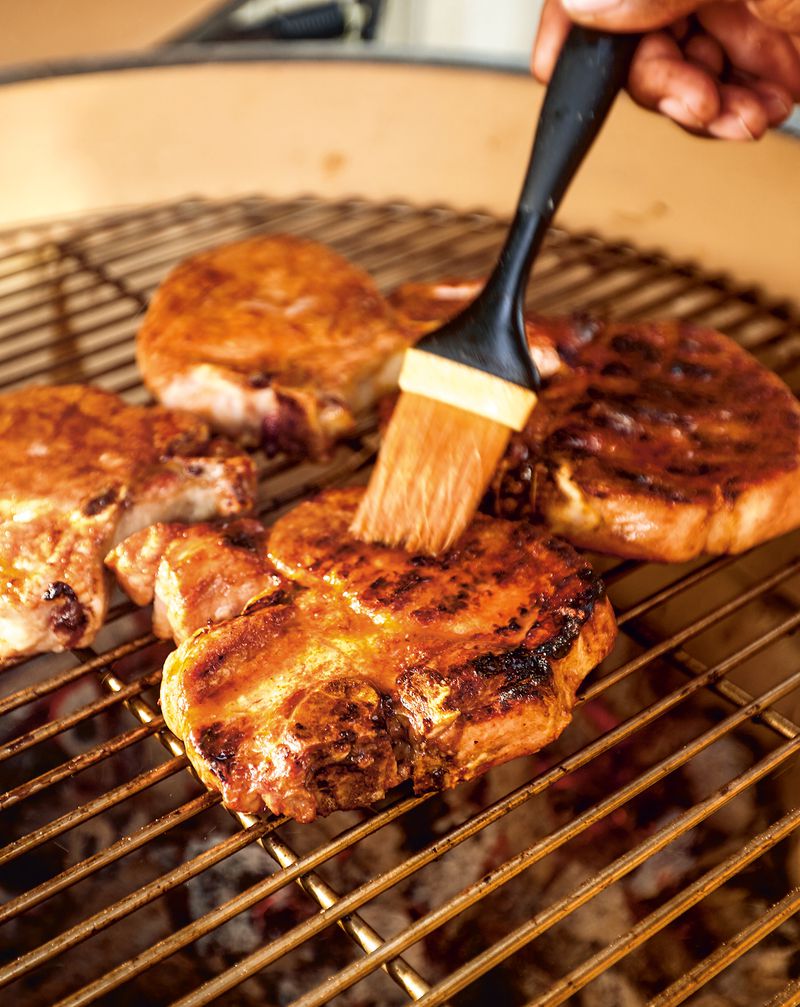 “The bones divide these chops into two sections,” Rodney Scott notes. “The smaller, darker section is the tenderloin — the pork version of filet mignon. The larger, lighter, longer section is the loin. It has a little more chew and has a reputation of being a little dry. But after a few hours of dry brining in the refrigerator with rib rub and salt, this pork chop will be moist and well-seasoned all the way to the bone.” 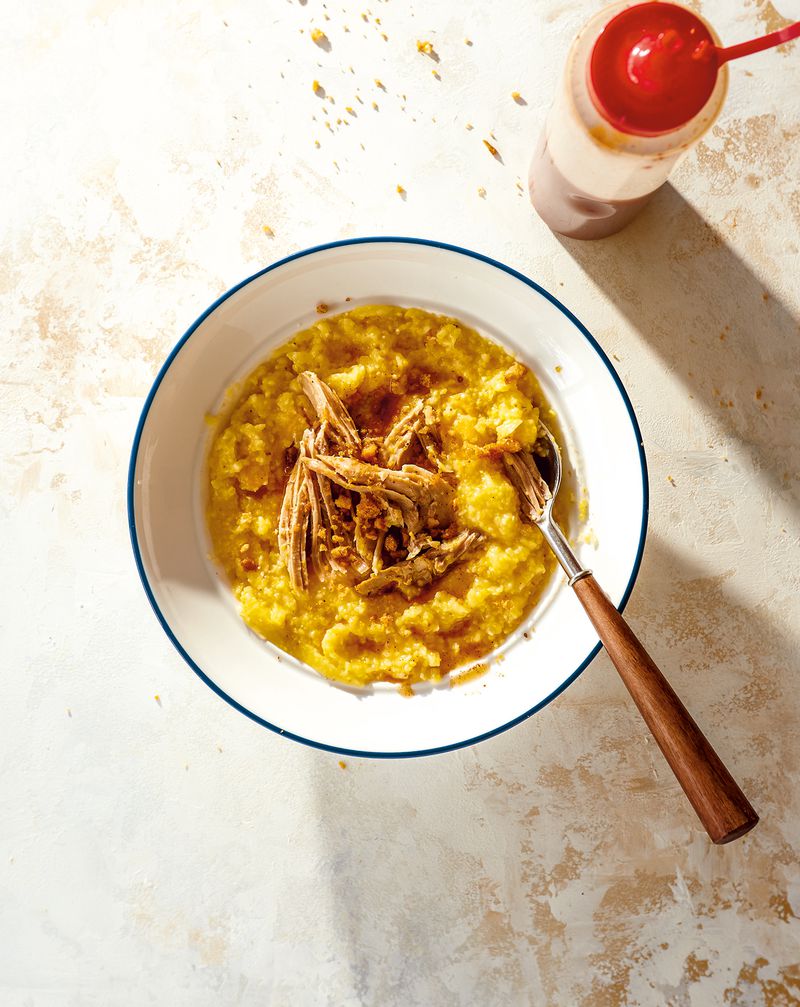 “I use stone-ground grits, which taste great,” Rodney Scott explains. “They have a chewier texture and a richer flavor than commercial grits. Sometimes with the supermarket grits, you can’t really even taste that they are made from corn. You might mistake them for Cream of Wheat. You’d never make that mistake with artisan stone-ground grits. It tastes great for lunch, dinner, or any other time of the day.” 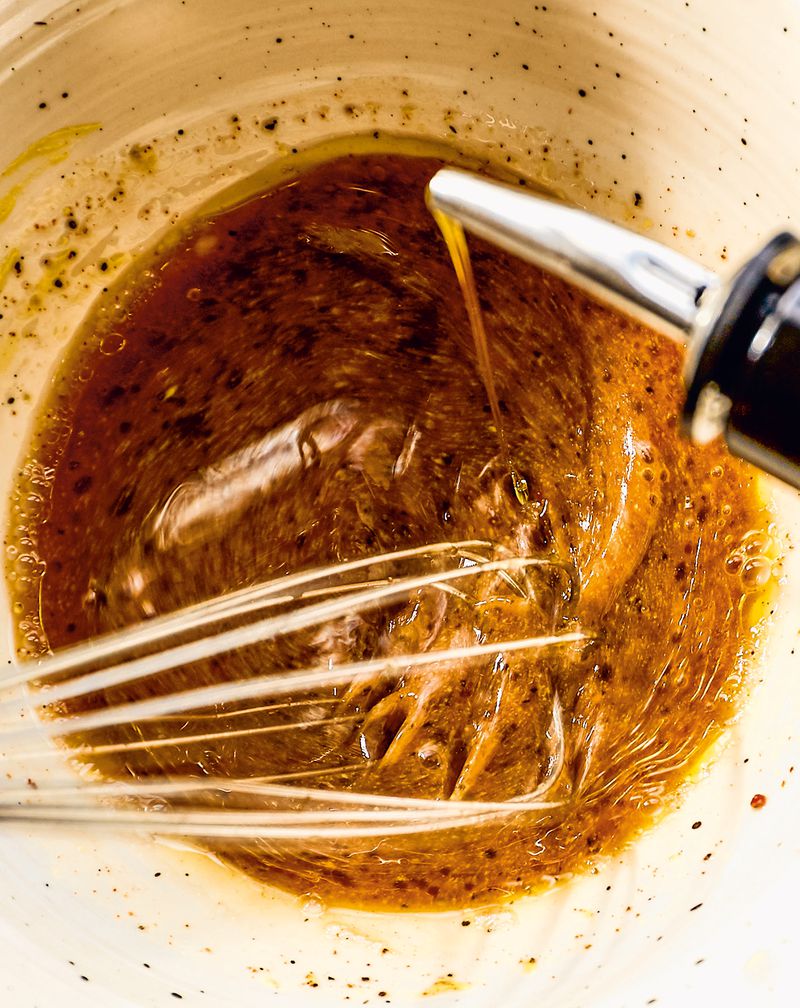