Kayaking on the River Walk and Discovering Diversity City

Samantha Brown tours a traditional Mandir in Houston, on this season’s Places To Love series.

Even though travel prospects might still be a bit dicey, a top PBS host is planning a special escape this winter. A Texas escape. Travel expert Samantha Brown, the host of public television’s two-time Emmy winning series Samantha Brown’s Places to Love, is returning with the show’s fifth season.

With the season starting this Saturday, January 8, two of the eight destinations Brown chose to visit will bring Texas to the forefront.

Brown is featuring Houston for the second time, and she’ll also be showcasing San Antonio ― even kayaking down the River Walk. But the beloved travel show kicks off its fifth season this week, with a trip to Asheville, North Carolina where Brown discovers the creativity, personality and culture within its ancient pine forests.

Viewers have traveled alongside Samantha Brown for 20-plus years. Her adventurous and witty personality have helped her audience choose travel destinations, shedding light on what there is to explore outside of the typical tourist traps. By revealing the people and stories behind the places she loves to visit, Brown has become one of the most trusted travel experts in the country. She’s also become a role model for solo travelers, as Brown does not require a sidekick to explore or relax.

Brown’s television journey first began with Travel Channel’s Great Hotels show. Since then, her career has taken her to more than 250 cities spanning 74 countries, and she has trekked to 44 of the 50 U.S. states.

The theme throughout all eight episodes of this season will be showcasing locally-owned businesses, musicians and artists, historical places and enhanced natural spaces. 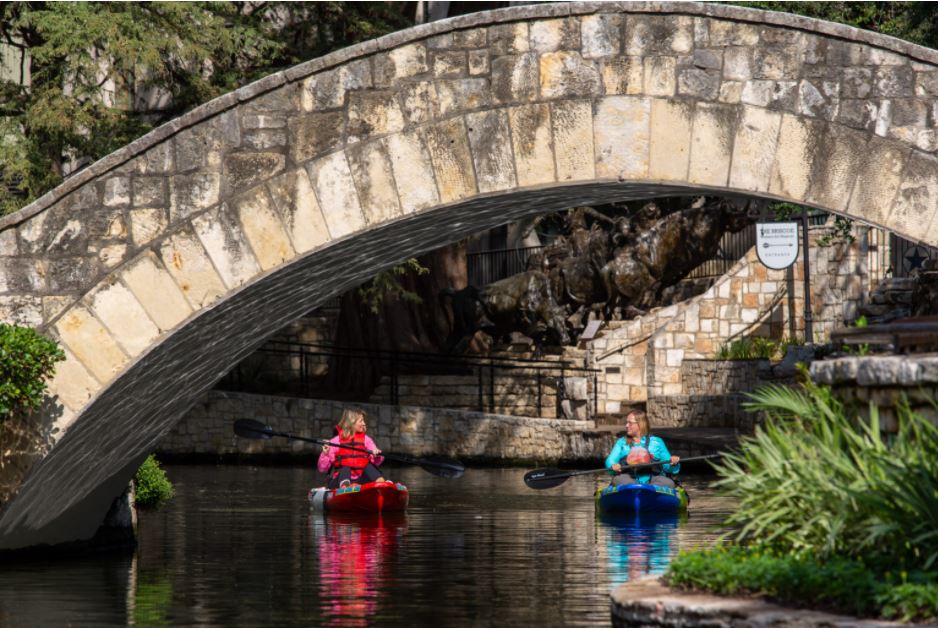 The places Brown are highlighting include:

― Asheville, where she enjoys a tour of The Biltmore, the largest private estate in America, and the work of the legendary Frederick Law Olmsted, the father of American landscape architecture.

― Cape May, New Jersey, where she visits the recently-opened Harriet Tubman Museum and learns how Cape May played an important part in the Underground Railroad.

― New York’s Genesee River Valley for a visit to Letchworth State Park, known as The Grand Canyon of the East, which just opened the Autism Nature Trail, a one-mile loop with eight sensory pavilions.

― Houston for the second time. Brown explores the Bayou City’s diverse culture, touring a Mandir, a Hindu house of worship that was handcrafted in India and shipped to Houston to be built as the first traditional Mandir in America. Then she learns to roll cheese blintzes at Kenny and Ziggy’s New York Delicatessen.

― Outside of Louisville, where Brown meets Michael Blowen, the founder of Old Friends Thoroughbred Retirement Farms. She finds out how these storied racehorses are allowed to retire peacefully on his farm.

― San Antonio, where she gives even native Texans a unique view of the River Walk. She showcases Air Force veteran and founder of Mission Kayak, Sarah Neal, who convinced the city to finally allow kayaking on the River Walk, an activity that has been banned for more than 50 years.

― In the final episode, Brown hits another famous river, visiting Boston, where she joins a women’s rowing team on the Charles River and discovers a community where everyone is welcome.

True travel fanatics can even travel with Brown later this year. From May 8 through 15, Rocky Mountaineer’s “First Passage to the West” embark on an eight-day trip across the Canadian Rockies with Brown onboard for two of those days. Click here for more information and check your local listings for when Samantha Brown’s Places to Love airs in your market.

It’s fun that two of this season’s star places are proven Texas travel spots. It will be interesting to see how Brown showcases them.