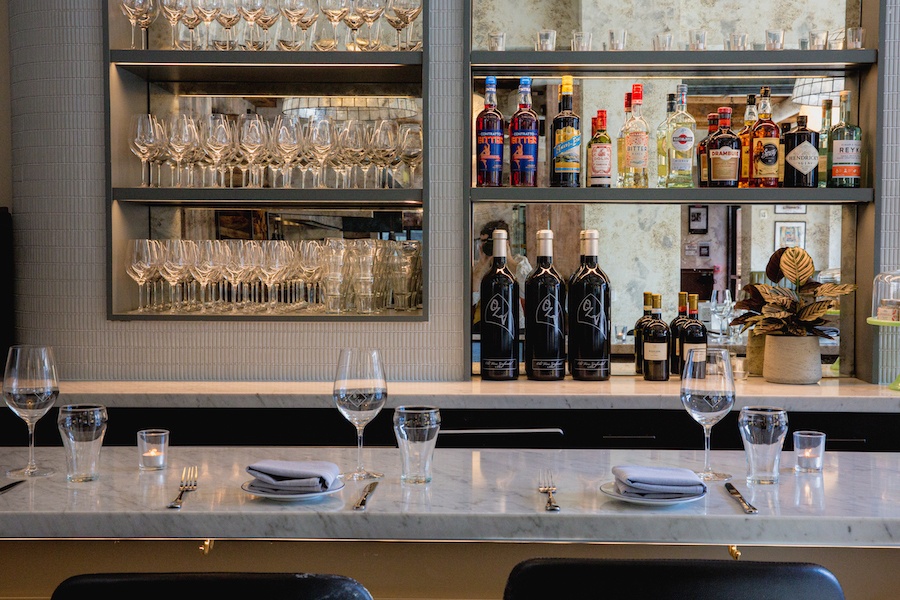 the bar at bar volpe. / photo by alyssa blumstein

Top Chef All Star karen akunowicz continues to raise the bar on italian in boston: bar volpe opened in southie during the tail-end of last year, and it has managed to sustain its buzzy into spring. set just steps from the james beard award winner’s first hit spot, fox & the knife, volpe (“fox” in italian) looks to the southern part of the boot; there’s an emphasis on wood-fired fare—such as grilled fish for sardinian paella—and pasta, of course. in fact, akunowicz’s bagged brand of fox pasta even has its own small market space here. meanwhile, the 25-seat art deco bar, a marble-topped former airstream, is a fine place to tuck away for a negroni and a snack.