Kevin Curry is the founder of Fit Men Cook, an online community that inspires men and women to eat healthy and stay fit with food that is never boring. With over 1.3 million followers around the world, he is one of the most sought-after influencers in nutrition, fitness, health and wellness.

Born in Philly and raised in Dallas, Kevin grew up eating plenty of hearty, delicious soul food prepared by his Southern-born parents. Because most of his family was still in Philly, he also loved “east coast food,” like cheesesteaks and hoagies.  Mexican cuisine, which is abundant in Texas, was another mainstay of his diet, as well as his Mom’s crock-pot roast beef, which simmered on the stove all day on Sundays while the family was at church, where his father was the minister of music.

During a routine visit to his doctor during high school, Kevin had his very first “aha” moment about being overweight and later, during his first year of college at the University of Texas, Austin, Kevin fell into the “freshmen fifteen” which contributed to his ongoing weight gain. While in college, he received the Rotary International Ambassador Cultural Scholarship and lived in Quito, Ecuador for six months, where he became fluent in Spanish and fell in love with the country. While in Ecuador, Kevin taught hip hop in a gym and also worked in a restaurant, which sparked his love for Ecuadorian food. It was with his host family that he learned the importance of being in the moment and enjoying every meal with people you care about. This lesson that food is truly a unifying thing is what would later inform Kevin’s innovative approach to recipe and information sharing on his blog.

After graduating from college in 2004, life took an unexpected turn and Kevin had to return home to care for his father while making plans to go to graduate school. In 2006, he received a full scholarship to Harvard University’s John F. Kennedy School of Government, where he studied strategic management and political advocacy, with the intention of going into politics. Once in grad school, and while everything seemed great personally, he still felt as though something was wrong that he couldn’t quite put his finger on. Upon graduating in 2008, the stock market crashed and job opportunities disappeared, which lead to Kevin returning home to Dallas to restart his life again from the ground up. He went on welfare to help support his parents and used food stamps to feed himself, which ultimately affected his weight gain, unhealthy habits and overall happiness.

Years later, Kevin realized he had to make a change in his health and joined a gym where he worked out for 3 hours a day. However, despite his commitment to fitness, he was unable to achieve the results he had hoped for – he knew he needed to go deeper and learn more about health and wellness. With new resolve and determination, Kevin went to a half-priced bookstore and bought every book he could find on dieting and nutrition, as well as books he personally found inspirational.

During this time, Kevin landed an extraordinary job at Dell, where he worked in marketing and communications and created the social media strategy for the billion dollar company. He simultaneously launched his Tumblr blog, Fit Men Cook, with the intention of building a community and starting a conversation about healthy eating. It was at this juncture that Kevin knew that in order to maintain a healthy diet and achieve results, he needed to eat food that tasted GOOD, while also building an army of support to keep him going.

In an effort to save money, he started the Fit Men Cook blog and launched his Instagram account in 2012 to crowd source his new diet. By sharing recipes and a breakdown of everything he ate with an online community, people would share feedback and recommendations with Kevin at no additional cost to his overall journey. His approach—giving free information and recipes—was a novelty at the time, when similar content came with a price. Between his Instagram and his Tumblr, people from around the world started to follow along and ask questions. Thus began the journey of Fit Men Cook and Kevin took the dishes he knew and loved best and replaced each ingredient with a healthier option. This approach resonated with his followers and, as a result, Kevin’s motto was born: Our bodies are built in the kitchen, sculpted in the gym.

In 2014, Kevin quit his job at Dell to focus solely on Fit Men Cook and to grow the brand beyond the blog and social media platform. In addition to having a successful Instagram and YouTube channel, Kevin also has a Fit Men Cook app, which is currently the #1 app in the health category in over 80 countries. He recently released his first cookbook, Fit Men Cook: 100+ Meal Prep Recipes for Men and Women – Always #HealthyAF, Never Boring in December 2018 which immediately went to the top of Amazon’s fitness category within a month. Since the launch of Fit Men Cook, Kevin has been featured in national online publications such as Forbes, Men’s Health, SELF, Shape Magazine as well as television appearances Live! with Kelly and Ryan, Rachael Ray Show and TODAY 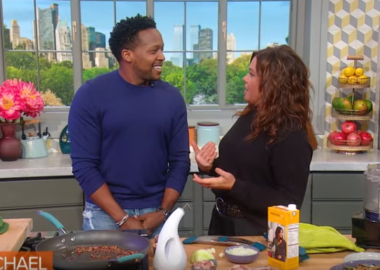 Kevin Curry cooks a healthy meal for US Veteran, Bill 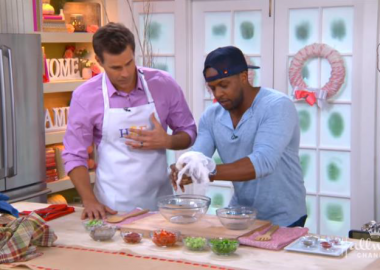 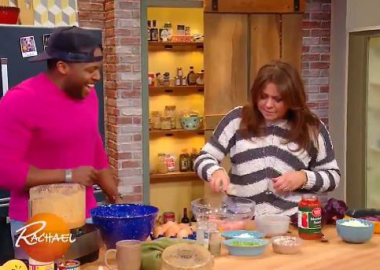 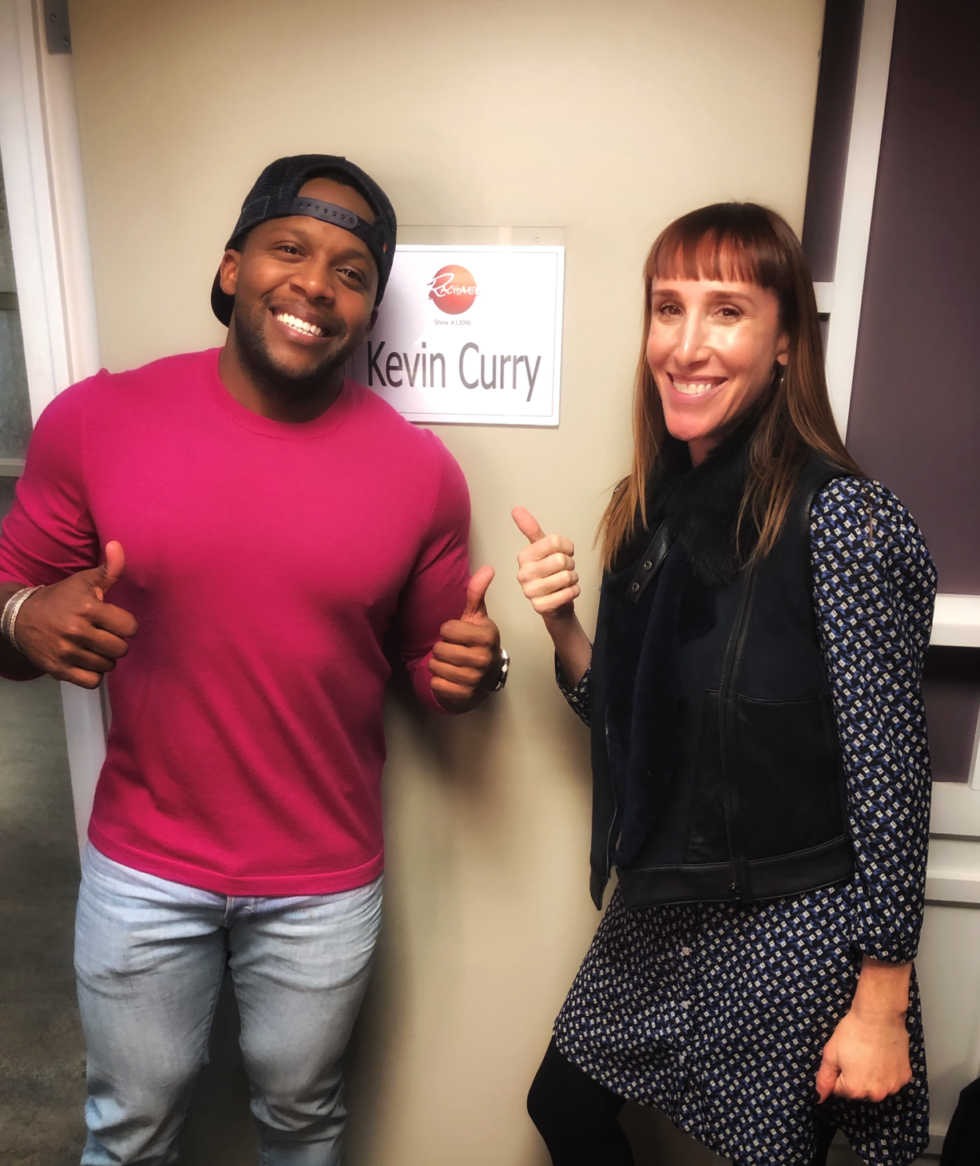 The Brooks Group actually cares about me and my business.

“What I appreciate most about Rebecca and her team is that of all the incredible talent they represent, and the various initiatives they support daily, they still make you feel like you’re their only client.  Since the first time I met Rebecca, she’s been about building a relationship so that she and the team understand the growing needs for my brand. It’s this level of attention to detail and care that makes all the difference.  The Brooks Group actually cares about me and my business. I happily take my hands “off the wheel” and let them drive. “