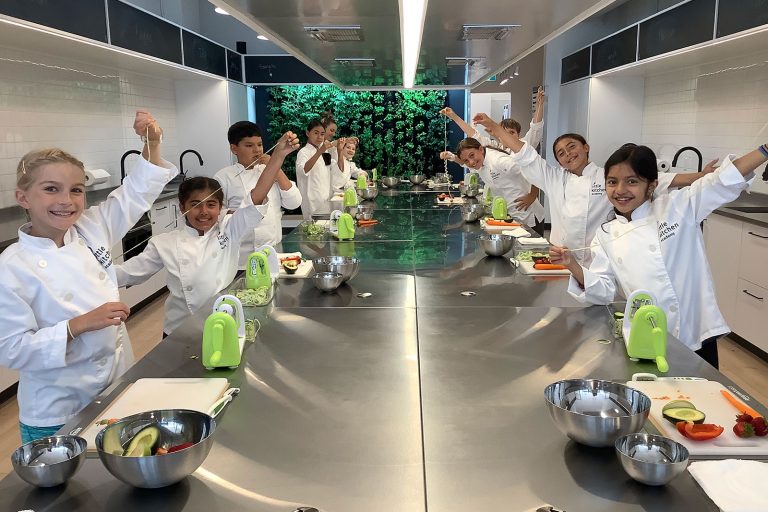 A cooking academy for kids with an eye-catching living food wall is coming to Westfield Century City.

The Los Angeles location will serve as the flagship training facility for the brand which will be expanding globally.

“We are delighted to bring this ‘from scratch’ concept to the United States and to the Los Angeles community,” Brian Curin said “Our Montessori-inspired approach empowers students to learn the practical life skills needed to succeed not just in the kitchen, but in school, and in life.”

Due to open its doors on the two-year anniversary of the launch of the first Little Kitchen Academy in Vancouver, BC, the 1,505-square-foot Westfield Century City location will feature the same modern, innovative, signature LKA design, complete with a hand washing center, 10 individual cooking stations (a.k.a., Little Kitchens) that are physically distanced. Each Little Kitchen will be equipped with its own oven, induction cooktop, sink, cleaning and sanitizing supplies, prep table, mixer, and all the equipment and utensils needed to make the “from scratch” creations including vegetable peelers and rolling pins, measuring spoons and colanders, which are meticulously kept, cleaned, and commercially sanitized between each class. Learning begins as soon as students enter the “for student chefs only” environment, where they are acquainted with and practice proper hand washing. Each instructor and student dons an LKA chef coat by a fitted pair of BIRKENSTOCK chef shoes to begin their cooking journey.

Among the features at the new location will be an eye-catching living food wall powered by AeroGarden, for students to grow and harvest fruits, vegetables, and herbs for use in their creations.