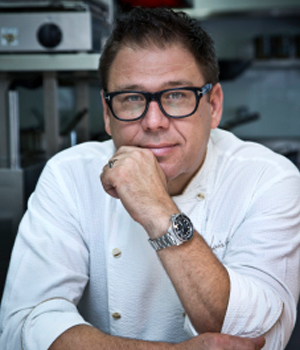 Iconic restaurant Asia de Cuba has reopened in New York. Located at 415 Lafayette Street and led by Cuban born-and-raised Executive Chef Luis Pous, Asia de Cuba marries Latin and Asian ingredients, techniques, and flavors, updated for today’s more savvy diners, creating an innovative menu that pays homage to both Asia de Cuba’s roots and Luis’s own. It is sophisticated yet whimsical, and above all, fun.

Asia de Cuba is the brainchild of restaurateur Jeffrey Chodorow, who grew up in Miami, frequently eating Cuban food with his family. The original location of Asia de Cuba opened in October 1997 at 237 Madison Avenue in NYC (in Ian Schrager’s Morgans Hotel), and received a Bib Gourmand designation from the Michelin Guide in 2011.

The restaurant is inspired by Havana’s Chinatown, one of the oldest and largest in Latin America. In the late 19th century, 175,000 Chinese immigrants came to Cuba to work the sugar and coffee plantations, many from the Canton region in the south of China. As Chinese immigrants continued to settle in Cuba, they brought with them techniques and recipes, like fried rice, that were further improved by the island’s abundant shellfish. Some of the Chinese culinary traditions, ingredients, and techniques found their way into the canon of Cuban cooking, and vice versa, marking the beginning of a natural influence of the cuisines in each other.

Asia de Cuba’s Chef, Luis Pous, was born and raised in Cuba. He trained at the National School of Culinary Arts in Havana, where he cooked for numerous diplomats and foreign dignitaries. He lived in Havana until moving to Miami in 1997, where he had his humble beginnings as a cook at Big Fish on the Miami River,  then years later,  Executive Chef of the acclaimed Little Palm Island Resort & Spa in the Florida Keys, named by Travel + Leisure as one of the top five hotel restaurants in the world during his time there. For Asia de Cuba, Chef Pous aims to unite his unique knowledge and perspective on Cuban cuisine with his modern, full-flavored, fresh approach.