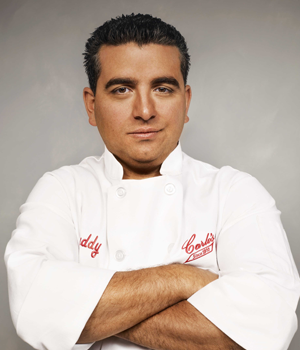 For Buddy Valastro, 34, mixing eggs, sugar, butter, and flour means a lot more than “making a cake.” As a fourth generation baker, it’s a constant source of pleasure, pride, and creativity. Creating amazing cakes connects Buddy with the memory of his father Buddy Sr. and his extended Italian family history. His talent and passion for the family business, Carlo’s Bakery, has earned the straight-talking cake expert the moniker, and TLC TV show, Cake Boss.

In between spending time with his wife Lisa and their four children and filming three shows for TLC (Cake Boss, Next Great Baker, and Kitchen Boss) Buddy has added a writer credit to his repertoire. Buddy released his first book Cake Boss, Stories and Recipes from Mia Famiglia(Free Press) in November 2010. That same month, he also embarked on the “Bakin’ with The Boss Tour,” a live interactive event where he created cakes and shared stories from his TV series and his colorful Italian family.

Icing Bonds this Family Together
Buddy Sr., the original Cake Boss, followed in the path of his father and grandfather, both bakers in Sicily, and bought Carlo’s Bakery from Carlo Guastaffero in 1963. He proudly ran the bakery for over twenty-five years before moving it from residential Adams Street to its current and more central location on Washington Street in Hoboken. The relocation allowed the bakery to grow its customer base and was part of Buddy Sr.’s dream to make Carlo’s a household name.

Buddy and his four older sisters were raised in Little Ferry, NJ – their formative years spent watching dough being rolled out, cakes being iced, crostata being baked and cannolis being filled. When Buddy was 11, he began working at the family bakery alongside his father. “My dad was my best friend and idol – anything to spend more time with him was important.”  In the precious years they worked at the bakery together as a father and son team, his dad passed on his wealth of baking knowledge and instilled in him a cast iron business sense and a drive for success.

The Start of a New Era

As a kid, it was hard for Buddy to envision a successful career as one of America’s best bakers and cake decorators. He did not consider himself to be naturally artistic and he often struggled in art class during his school years. However, after starting his career at Carlo’s Bakery by washing pots and pans, Buddy soon realized he had inherited the family gene for baking. It was at the bakery that Buddy found his calling and knew his destiny was to help his father make the family business a household name. He didn’t realize how soon he would be called to action. When he was 17, his father passed away, forever changing Buddy’s life.  Drawing on the strength of his memory and bolstered by wearing his father’s St Anthony medallion (which he still wears every day), it was time for Buddy to step up to the role he had been primed for and become the new Cake Boss.

Not only did Buddy lose his best friend and greatest source of encouragement, some of Carlo’s Bakery’s secret signature baking techniques were also gone – but not for long.  When Buddy’s father died, the bakery struggled to create the sfogliatelle dough used to make one of their signature items, Lobster Tails. It was not until Buddy’s father came to him in a dream and told him, ‘I am here for one reason, to show you how to make Lobster Tails.’ After that dream, Buddy went to work, and for the first time was able to create the nearly impossible sfogliatelle dough. It was when Buddy first realized he was able to do anything he put his mind to, and he always knew if he needed help, his father was looking down on him.

Finding his Calling
If his father’s vision was to be realized,  Buddy needed to exercise his business savvy and create a point of difference to help Carlo’s Bakery stand out against the competition. “I wanted to be creative, and thought if I can make cakes that don’t look like normal cakes, but taste the way my dad’s cakes tasted… then I might be onto something.” From that point, Buddy knew making designer cakes should be the next specialty for Carlo’s Bakery. He experimented with his father’s recipes and introduced new items from Red Velvet Cake to his signature flower cupcake. He also mastered fondant icing which allowed Buddy to take cake decorating to new levels not yet seen in the industry. Catering to celebrity palettes like Oprah, his works of cake-art have included a scale model of the city of St Louis, a giant edible NASCAR race-car cake (it took 24,000 cakes to make it and weighed over 10,000 pounds) and his magnum opus – a life-size tribute to his wife, business partner, and soul mate Lisa for her 30th birthday.

Being the Cake Bos
Carlo’s Bakery had always been well known for its incredible wedding cakes and over the years, Buddy’s creations were frequently featured in bridal magazines. As a result of this exposure, Buddy was invited to participate on Food Network Challenge in 2004. Recognizing a growing interest in televised hospitality industry shows, Buddy saw an opportunity to push the bakery into new territory and he jumped at the chance. A naturally outgoing people person, Buddy felt comfortable on TV and was never nervous in front of the camera. He also found that he had a gift for one-liners and clever sound bytes. Over the next few years, he competed in four Food Network Challenge cake competitions. After losing his first three battles, Buddy took the top prize on “battle of the brides.” Along with a cash prize, Buddy was also presented with an enormous $10,000 check, which proudly hangs on the wall of his office.

Buddy’s appearances on Food Network Challenge were only the start of his foray into television. Two of the show’s cameramen approached him after one of the tapings and encouraged him to pursue his own show. They recognized his engaging on camera presence and knew a series revolving around Buddy would fascinate American audiences. Buddy knew this was his chance to make Carlo’s Bakery known world wide. He used his connections to pitch a show featuring himself, Lisa, his four sisters and his mom, aka the “Boss Boss,” as they go about their daily frenetic routine running the shop. Executives at TLC had seen Buddy on TV before and took notice. They agreed to shoot a pilot at the bakery and filmed 120 hours of footage for the first half hour episode. TLC loved the show and immediately ordered 12 more episodes. Cake Boss become an instant a hit with audiences and is now airing Season 3.

Keeping it in the Family

Buddy has made it his mission to diversify the business’ success while staying true to the heritage of Carlo’s Bakery, a move that would have made his father proud. “I am hanging on to traditions because I want to, not because I have to. I can’t turn my back on the way we did things.” The family and the community were important to Buddy Sr.  Every year he donated zeppoles to Saint Joseph’s Church in Jersey City and baked St Anthony’s loaves for the St Francis Church in Hoboken. Like his father, Buddy is a great believer in giving back and maintains this practice today. He is also proud to be an honorary board member of Make-a-Wish Foundation. Now a father himself to three sons and a daughter (all under the age of 7), Buddy is putting plans for a baking factory warehouse into action and preparing to move into another bastion of Italian culinary culture –  opening a Pizzeria. Continuing the strong “keep it in the family” ideal, it will be named Sofia, after his eldest daughter, and his father-in-law, an experienced pizzeria restaurateur, will be at the helm.

No Limit on Success

While Cake Boss has helped make Carlo’s Bakery popular with tourists, it was well known even before the show began airing. Locals often lined up out the door under the simple “Carlo’s City Hall Bake Shop” sign in Hoboken, eager for a piece of the pie. Each week, the business averages around 60 wedding cakes, 500 birthday cakes, hundreds of cannolis and more. The noises from the crowd caught the attention of local mayor, Dawn Zimmer, who said, “We feel very lucky to have Buddy and Carlo’s bakery. Hoboken was known before, but now it’s even more known.”

The true origin of the charming and humble baker’s unwavering dedication comes from his father’s handed down teachings. “I found my dream job and passion when I was 11 – and I still have it. I love what I do and I am good at it, which makes me incredibly lucky and blessed.” So, how does a man who’s already achieved so much continue to find inspiration? Simple. “I can see cakes in anything. I just open my eyes.” 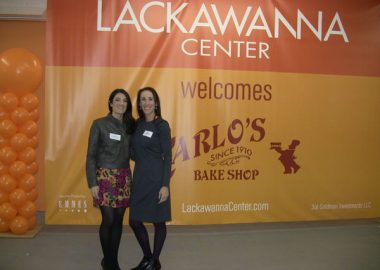 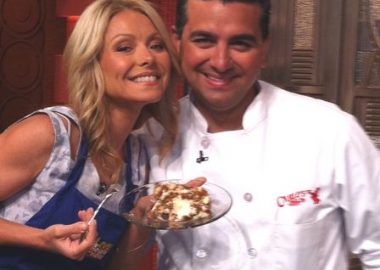 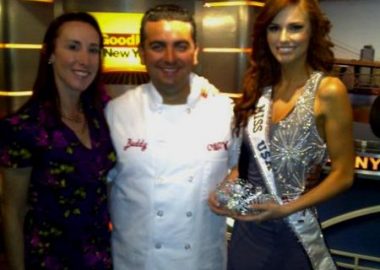 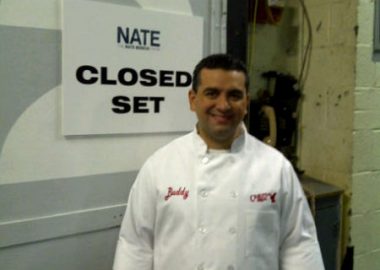 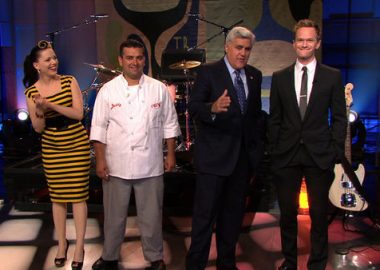 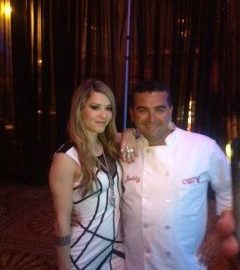 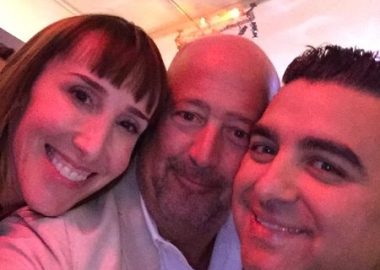