Who Is Michael Chernow?

Michael Chernow is a restaurateur and chef, entrepreneur, TV host, fitness personality and family man dedicated to inspiring the world through positivity, hospitality and service. He first began working in restaurants as a teenager and thereafter built a successful career in the industry. He worked as a bartender and bar manager at Frank Restaurant for eight years and met his wife Donna while there. In 2007, he enrolled in the French Culinary Institute and graduated with honors and was awarded an Associates Degree in both Culinary Arts and Restaurant Management in 2008.

With a passion for launching, building and scaling businesses, Michael co-founded  The Meatball Shop in 2009 with childhood friend Daniel Holzman, which now has five locations across New York City, and also co-authored The Meatball Shop Cookbook in 2011 released by Ballantine Books. In 2015, he founded SEAMORE’s, a Manhattan restaurant that combines Michael’s love of fishing and culinary expertise,  which has also grown to five locations. As captain of his own ship, it is in this role where Michael grew his passion and talent for managing and nurturing others, taking advice from everyone, and hiring people to see his vision come to fruition. And in 2016, he co-founded functional beverage brand WellWell with Sagan Schultz and frozen health-food mogul, Larry Praeger of Dr. Praeger’s.

Michael’s love for fitness sparked in 2005 when he fell in love with running and Muay Thai kick boxing, which he found enabled him to clear his mind. Both activities have remained an ongoing passion, as he ran his first marathon in 2008 with more to follow (including the NYC Marathon) and competed in Muay Thai as an amateur fighter. Currently, Michael is an avid bodybuilder, weight trains 6 days a week and goes on 4-mile walk/runs in NYC or by his home in upstate New York. He is dedicated to healthy eating and follows a Paleo diet.

For Michael, fitness gives him an opportunity to win every day. The discipline is like therapy and provides a structure and balance to start the day with a win and continue to set up small wins throughout the day to increase confidence and be able to service others. He puts fitness and wellbeing before anything else in life, because feeling good and motivated allows him to be a better father, employer and partner.

To stay motivated, continuously learn and push himself outside his comfort zone, Michael’s mantra is “Fail often. Fail fast. Learn from your mistakes.” He believes people tend to avoid taking risks because they have a fear of failing. Michael not only thinks failing is important, he encourages it.

Michael is the host of the weekly Born or Made podcast, which was launched in early 2020 and takes a deep dive into the personal backgrounds of leaders and extraordinary individuals who have inspired him and millions of others. The podcast explores the journeys of entrepreneurs, experts, and thought leaders with the ultimate goal of answering the question: Are people born with the skills that have shaped their lives, or were they made over time? Michael and his guests dive into the topic of nature vs nurture, focusing on their individual stories and lessons learned on their journeys through life and business.

Michael is a volunteer, board member and community leader for City Harvest. In 2018, he led the City Harvest team of 35 members in the NYC Marathon, helping to raise over $100,000 to feed more than 600,000 New Yorkers.

Michael, Donna and young sons Finley and Dakota divide their time between Brooklyn and upstate New York. For more information, please visit www.michaelchernow.com, give a follow on Instagram at @michaelchernow and/or contact The Brooks Group via ChernowTeam@brookspr.com.

“EVERY DAY STARTS WITH THE OPPORTUNITY TO MAKE A DECISION.  THE CHOICE TO WORK HARD OR TO NOT WORK HARD IS ALL ON US.  WE GET OUT OF IT WHAT WE PUT INTO IT.  I KNOW FOR CERTAIN, I CAN DO ANYTHING I PUT MY MIND TO AND TAKE ACTION TOWARDS.” – MC

Recession vs Recovery: Where Do We Stand? #AllBusiness LIVE

Recession vs Recovery: Where Do We Stand? #AllBusiness LIVEMy first guest is a true Renaissance man – he’s a chef, an entrepreneur, TV host, and fitness personality who believes in changing the world through service. Michael Chernow is the Co-founder of The Meatball Shop, WellWell and Seamore’s and his mission is to create opportunities for health and happiness for his community. My next guest is all about creating a revolution – a Research Revolution. Danielle DiMartino Booth is the CEO and Chief Strategist of Quill Intelligence and she thinks the Fed is back for America. She spent nine years at the Federal Reserve Bank of Dallas where she served as Advisor to President Richard W. Fisher until his retirement. With COVID wreaking havoc on the economy, what can the Fed do to prevent another financial catastrophe? How will the markets react in the next year?———————————————Speed matters. Accelerate your success. Join us June 10th for the C-Suite Network Digital Discussion – Success Through Transition. > https://bit.ly/CSN-0610Join the High Stakes C-Suite Network Executive Leadership Forum Jun 22-25! Register here: https://bit.ly/HighStakesFBI want to see you #OpenForBusiness. C-Suite Supplies has everything you need to protect your most important assets - your people & customers. Subscribe to #AllBusiness on your favorite podcast app by searching “All Business with Jeffrey Hayzlett.”Need a business loan? C-Suite Loans is a “vetted” program.———————————————#CSuiteRadio #CSuite #CSuiteNetwork #Podcast #Podcasting #BusinessPodcast #LivePodcast #LinkedInLive 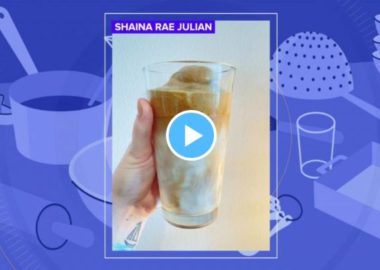 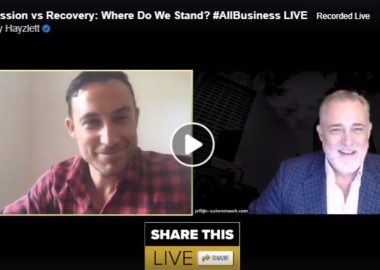 Michael Chernow Joins Jeffrey Hayzlett for the All Business Podcast