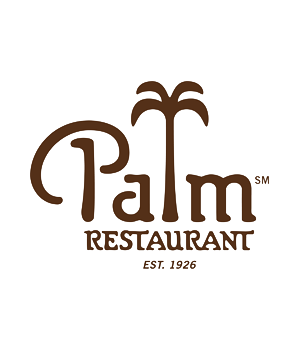 Boasting a rich 87-year history, and still owned and operated by members of the Bozzi and Ganzi families, The Palm finds continued success by staying true to their simple, original philosophy: “treat guests like family, serve great food, and always exceed expectations.”

As natives of Parma, Italy, John Ganzi and Pio Bozzi decided to name their restaurant after their hometown. When registering their business in 1926, however, a New York City clerk misunderstood their Italian accents and issued a license for “The Palm.”  From day one, Pio and John shared a commitment to quality and generosity of spirit with every guest who walked through their door. What began as a restaurant became a legend – a place to not only enjoy an excellent meal but also catch up with old friends, meet new ones, close business deals, and celebrate family milestones. Thanks to encouragement from George Bush Sr., then U.S. Ambassador to the United Nations, The Palm first expanded out of New York to Washington, D.C. in 1972.  Representing one of the first restaurants of its kind to expand, The Palm would go on to open 28 locations in 3 countries.  Today, third generation family members, Wally Ganzi and Bruce Bozzi, Sr., co-chair and co-own The Palm Restaurant Group.

In 2011, The Palm introduced a comprehensive brand refresh that includes an updated look for the company’s overall visual identity, from the menu, tableware, uniforms, and signage, to a vibrant new ad campaign and revamped website. The objective was to move away from the corporatization of the restaurant that developed in the 1990s and rekindle the magic of the 1960s.  Most notably, The Palm added new and revised dishes to its beloved menu including the iceberg lettuce wedge, sugared donuts, and come back items such as the 14- and 18-ounce New York strip steak.

Surprisingly, The Palm’s signature steaks were not a part of the original Palm menu.  When a guest would ask for steak, John Ganzi would dash to a nearby butcher shop, buy a steak, and then cook it to order. It was only after the steaks became a frequent request that they were added to the menu.  Today, in an effort to remain committed to the best ingredients served in large portions, The Palm is proud to serve Prime steaks.  As part of the refresh, guests will notice new presentations of old favorites, such as the wedge salad and shrimp cocktail, as well as entirely new menu items including a 15 ounce Jumbo Cold Water Nova Scotia Lobster Tail, a Beef Carpaccio appetizer and new side dishes such as Goat Cheese Whipped Potatoes. Corporate Executive Chef, Tony Tammero, a member of the Bozzi’s extended family and employee of 43 years, is at the helm of the culinary transformations.

When Pio Bozzi and John Ganzi opened Palm One, they lacked funds to decorate. Luckily, this location was in close proximity to King Features Syndicate and attracted a large clientele of cartoonists. In exchange for their meals, artists would often draw their own creations on the walls of The Palm.  Since then, the flagship Palm has become a living museum of cartoons and caricatures featuring such famous faces as Popeye, Batman, Beetle Bailey, Hagar the Horrible and characters from “The Family Circus.”  Over the years, the tradition of decorating with caricatures has continued as The Palm has expanded across the country and internationally. Before a new restaurant opens, 200 to 300 local notables’ likenesses are drawn on the walls, and new caricatures of regulars and celebrities are added frequently.

We began working with The Palm Restaurant Group in early 2011, in preparation for the family-owned restaurant’s 85th anniversary. The Palm chose to highlight the occasion by rolling out a brand refresh across the company’s 28 restaurants in three countries.

Our goals for The Palm were three-fold: introduce the media to 4th generation family member and Executive Vice President Bruce Bozzi Jr., increase awareness of the approaching company milestone and brand refresh in the national press, and promote The Palm as a quality dining choice in their regional markets.

A CUT ABOVE THE COMPETITION…
To recognize the 85th anniversary, we introduced the press to the rich history of The Palm and the key features that set them apart – from the caricatures on each restaurant’s walls to a menu that offers USDA prime steaks and Italian classics. This lead us to secure features in titles such as Nation’s Restaurant News, Associated Press, Restaurant Mgmt and Market Watch, as well as a cover story in Family Business magazine.  In addition, the event led to a segment on Today Show, as well as conversations on top NY and syndicated radio programs.

In addition to national press, we were charged with securing regional press for Palm markets. Our strategies have ranged from inviting local press and bloggers into The Palm for a complimentary lunch or dinner, organizing and overseeing media dinner events in key Palm cities, and working to promote the restaurants’ seasonal offers like Summer Lobster for Two and National Hamburger Month.

ALL IN THE FAMILY
Representing the fourth generation of his family’s restaurant business as Executive Vice President, Bruce Bozzi Jr. is wholly dedicated to The Palm’s philosophy to “treat guests like family, serve great food, and always exceed expectations.”  We set out to position Bruce as ‘the face’ of The Palm Restaurant Group and a go-to steak expert.

Pitching Bruce for cooking segments presented a new challenge for our team. Without a professional chef background or a media reel to showcase his ease and vibrant personality on-air, we needed to develop the assets many producers require to consider guests.

Blazing through those potential roadblocks our team coordinated media training for Bruce, allowing him the opportunity to practice a cooking segment with an experienced coach. We then sent him to key Palm cities, to practice his skills and generate clips for a media reel, including segments with KTLA Morning News, Daily Buzz, Good Morning Texas, New York Live, Nonstop D.C. and Live Miami. After compiling the reel, we were able to book Bruce on a range of programs including Today Show and Better TV.

Soon after, The Palm Restaurant Group was chosen to tape an episode of CBS’ brand new reality competition series, The Job, with Bruce as one of the company’s key judges. The Palm’s quest to find a new assistant manager among five qualified candidates was featured as the series premiere. In the month surrounding the episode, The Brooks Group secured segments for Bruce with Taking Stock with Pimm Fox on Bloomberg TV, Wendy Williams, Fox & Friends, Live From the Couch and AskMen.com. 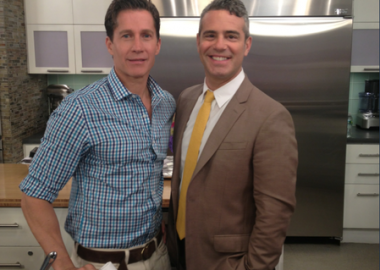 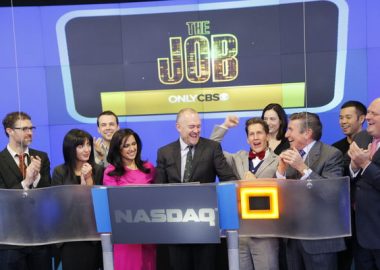 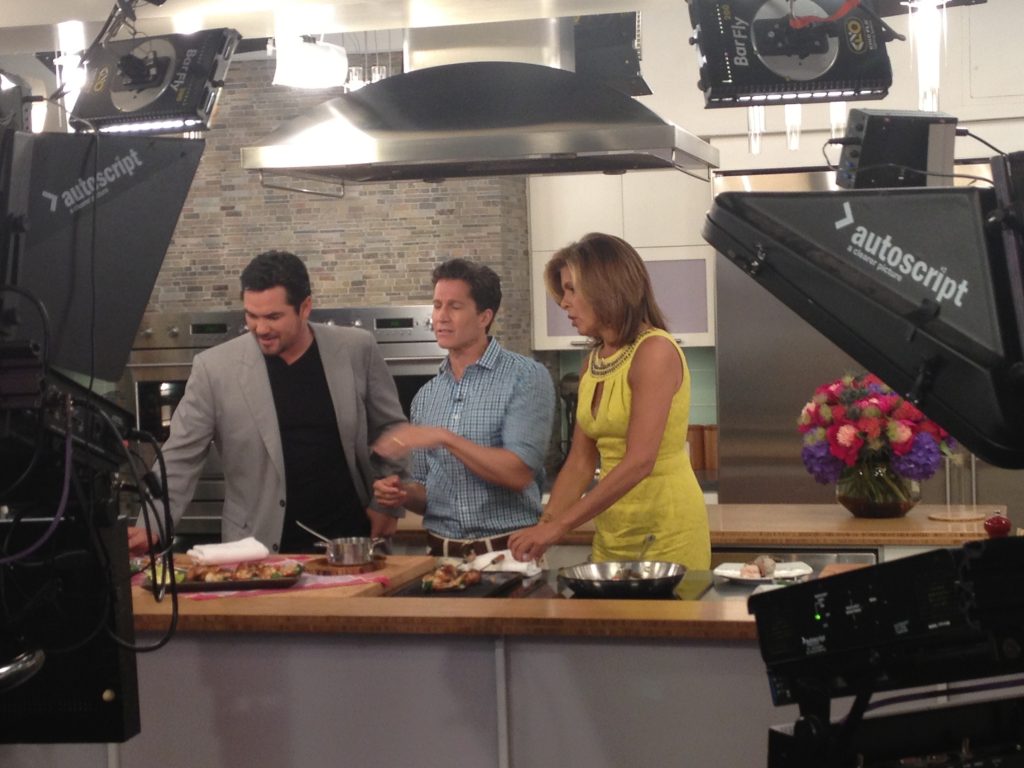 The Brookettes understand Hospitality! It’s very refreshing, being a restaurant guy all these years when you come across people who really get it. Rebecca has strategically positioned me as the face of my families company and in no time they’ve had me flying all around the country for press opportunities. I have worked with other PR companies and what Brooks delivers far surpasses anything I’ve experienced. Most importantly we have fun together, get the job done and laugh…a lot. I see a long future ahead unless they fire me because I am here to stay.