They say that the way to a man’s heart is through his stomach, so what better way to say “I Love You” this Valentine’s Day than with the gift of an amazing dessert created with the The Emeril Lagasse Power AirFryer 360? I have been wanting to try an AirFryer for some time, so when I had the chance to check out the Power AirFryer 360, I knew I had to feature it in our Valen-Tech Gift Guide 2020. This is so much more than an AirFryer – it has 12 different cooking modes, allowing you to do everything from baking to using it as a rotisserie and even as a dehydrator! I really appreciate a versatile appliance – and the counter space it gives me in the kitchen – so I’ve been just blown away by the Power AirFryer 360.

A dehydrator has been on my list along with an AirFryer, so this was the ideal solution, and the fact that it is a fully functional mini oven is amazing. I hosted Thanksgiving for the first time last year and let me tell you, I ran out of oven space fast – this is going to be a lifesaver next year! So far, I’ve used my Power AirFryer 360 to make banana chips as a treat for my pet bunny, and made several amazing dinners – on tonight’s menu is what I’m calling “Keto Fried Chicken”, a new favorite of ours since getting this amazing appliance! The Power AirFryer 360 is quickly gaining fans – when it was delivered, the FedEx man actually said that he has one and loved it so much, he bought a second! It would make an amazing gift for any home chef on your list – or if your sweetie isn’t much of a cook, treat yourself and then surprise them with one of these four delicious desserts: 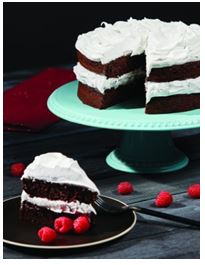 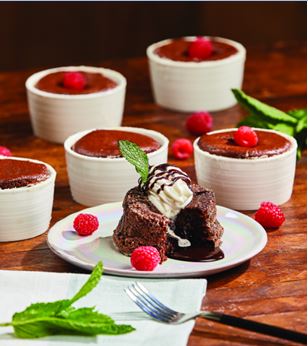 To make the Ganache:

To make the Cakes: 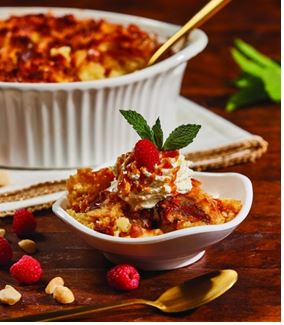 To make the Caramel Sauce:

To make the Bread Pudding: 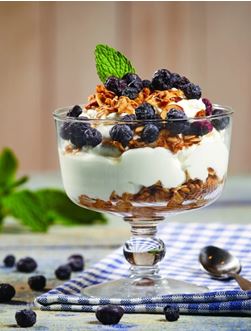 The Emeril Lagasse Power AirFryer 360 retails for $199.99 on EmerilEveryday.com, so get yours today!